Zara Tindall and Peter Phillips bring their children together close to Princess Anne’s Gatcombe park property, and with four girls in between, it’s the perfect opportunity for lots of craftsmanship.

Yesterday, the Queen’s great-granddaughter Mia Tindall, 8, looked smart in a navy monsoon coat as she arrived at the memorial service for her great-grandfather, Prince Philip.

It may have sounded familiar to enthusiastic royal watchers, after Mia’s cousin Savannah Phillips wore the same poncho to a church service on Christmas Day 2017, in Sandringham.

The £79 Monsoon Mia Military Coat in navy, with embroidered butterfly detail on the collar, red trim and gold buttons, is no longer available for purchase, indicating the garment is likely to be handmade from Savannah, now 11. 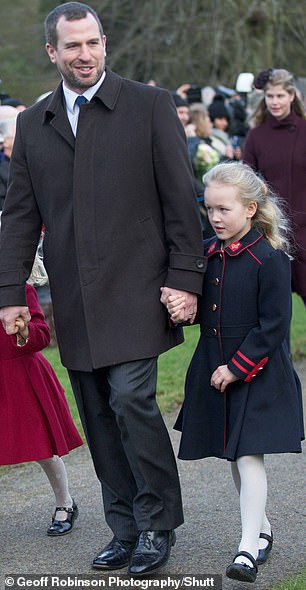 Mia Tindall, 8, looked smart in a navy monsoon coat as she arrived at the memorial service for her great-grandfather, Prince Philip (left). Savannah Phillips wore the £79 Monsoon Mia Army Coat in the Navy to church in Sandringham on Christmas Day 2017 (Right)

Yesterday, Mia was on her best behavior as she joined her parents Zara and Mike at Prince Philip’s memorial service at Westminster Abbey.

In her most famous appearance yet, the eight-year-old arrived alongside her mother Zara, daughter of Princess Anne, and her rugby dad, with whom she lives on the Gatcombe Park estate.

Often notorious for her boisterous demeanor, she appeared all grown up in her dark navy overcoat with matching hairband, for service, sitting quietly at her parents’ side.

The king, who is 22nd in line to the throne, is the eldest of Mike and Zara’s three children, older sister Lena, aged three, and Lucas, aged 10 months. 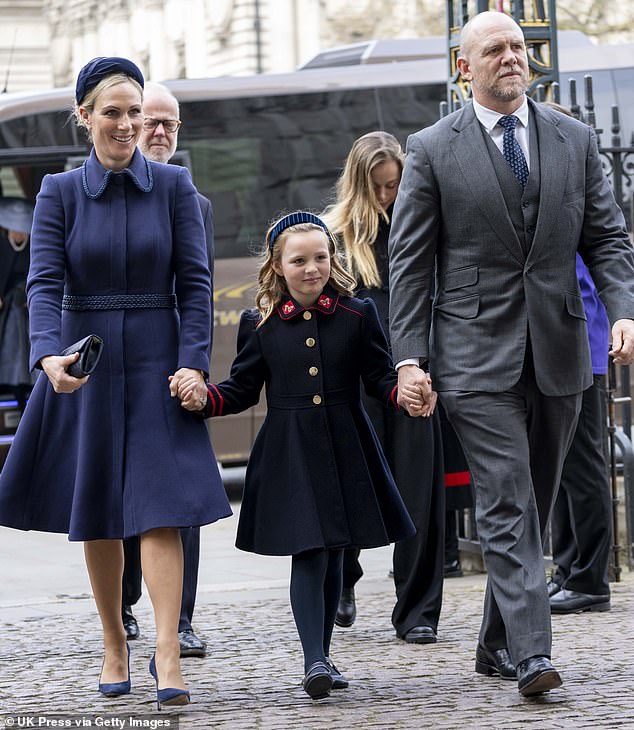 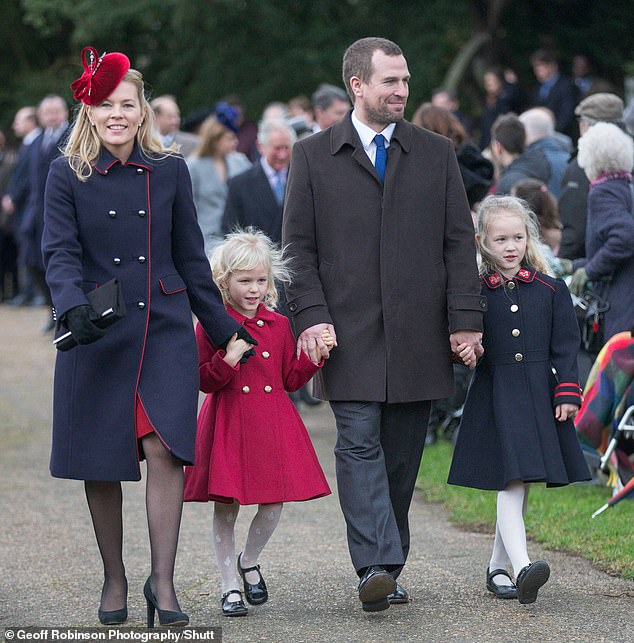 Mike previously said that Mia has a ‘too little personality to her’ and the pair are often seen riding together at different racing events while supporting Zara equestrian.

Mia has appeared in public with her family in recent months, and last week she joined Mike at Cheltenham Horse Tracks.

Meanwhile, 11-year-old Savannah and her 10-year-old sister Isla, daughters of Peter Phillips, son of Princess Anne, couldn’t resist laughing in the seats yesterday during the service.

The two girls provided some much-needed light relief as they stood in the seats while waiting for service to start at Westminster Abbey. 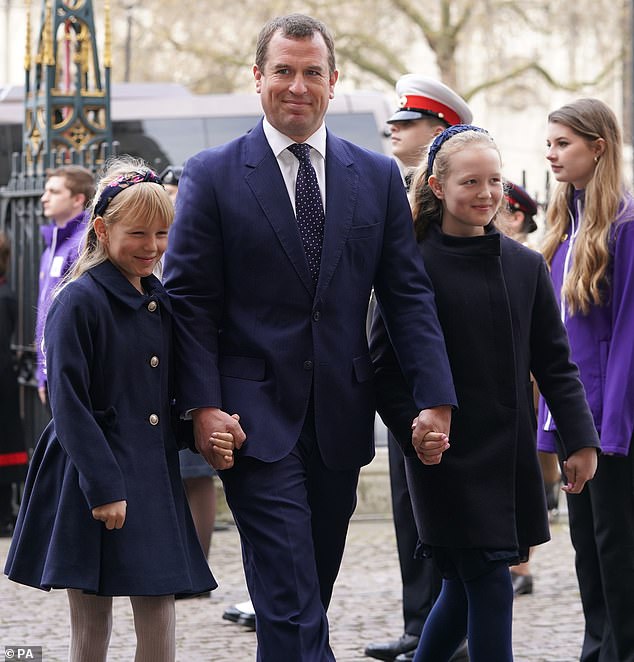 The Queen’s great-grandchildren Savannah, 11, and Isla, who is also celebrating her 10th birthday today, along with Prince Philip’s great-grandson Peter, arrived to honor their beloved great-grandfather at the Thanksgiving Service today. 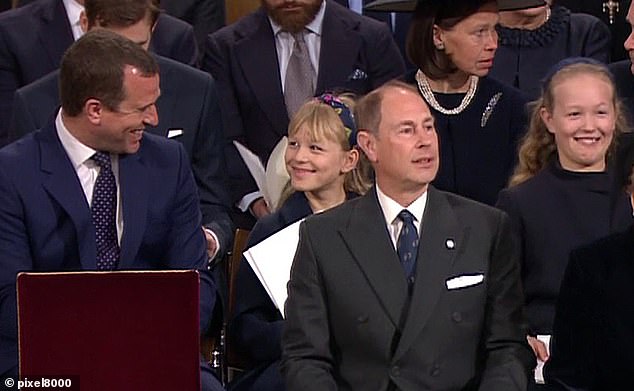 Savannah and Isla looked in great spirits as they were seen laughing with their dad in a sweet moment captured on camera. 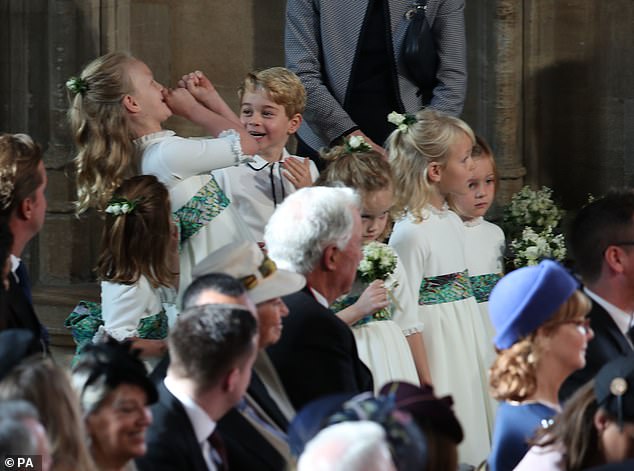 Cheeky Savannah Phillips held Prince George as they prepared to walk down the aisle with Princess Eugenie, seemingly imitating the trumpet noise that heralded the Queen’s arrival.

The mischievous little royal, and her mum Off Kelly, looked in great spirits as they were spotted laughing with their dad in a sweet moment caught on camera.

Isla, who also celebrated her 10th birthday yesterday, continued with silly hand gestures to her father, while older sister Savannah, 11, chatted with Mia, and her cousins ​​sang along hymns throughout the service while tossing out the eerie smile. direction of each other.

The Phillips girls have been notorious for their rude behavior over the years, notably at Princess Eugenie’s wedding in October 2018, where Savannah entertained Prince George by making a trumpet bang to announce the Queen’s arrival, while he looked on in fits of laughter.