Stephen Colbert tested positive for COVID-19 and canceled Thursday’s episode of The Late Show joking: ‘This proves I’d do anything to avoid an interview with Jason Bateman’

Written by Sonia Horon for Dailymail.Com

Stephen Colbert announced that he had tested positive for COVID-19 on Thursday.

The comedian, 57, confirmed the news and wrote, ‘yes! I tested positive for Covid, but basically I feel grateful because I feel grateful and reinforced. Thanks for the well wishes.’

The funnyman’s sense of humor didn’t seem to be affected by the diagnosis, as he mocked not having to meet Ozark star Jason Bateman: “It proves I’d do anything to avoid an interview with Jason Bateman.”

Colbert had been scheduled to interview Bateman, 53, and his partner, Laura Linney, 58, on Thursday evening.

Meanwhile, the previously aired episodes of CBS’ late-night show will air over the next week. 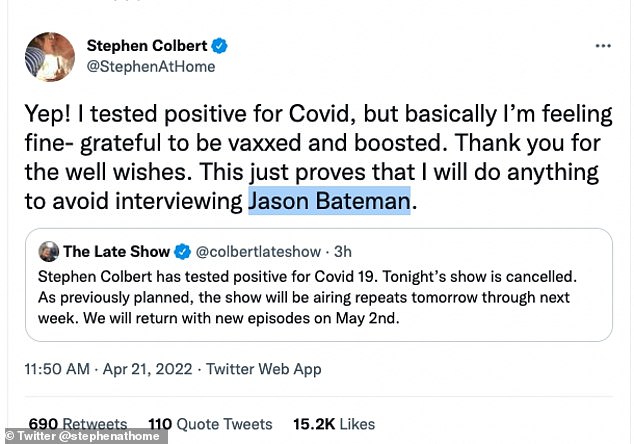 Maintain a sense of humor: The 57-year-old comedian confirmed the news via Twitter and joked about not having to meet Ozark star Jason Bateman, who will be tonight’s guest. 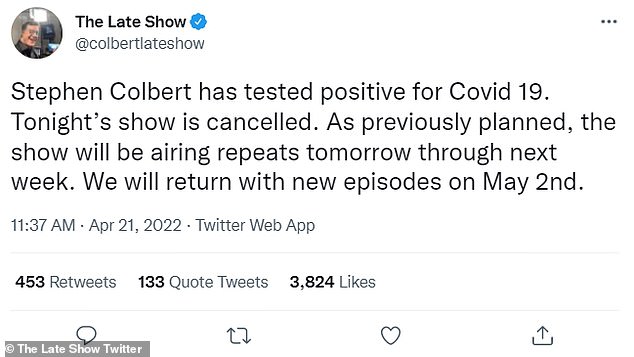 For now: Meanwhile, the previously broadcast episodes of CBS’ late-night show will air over the next week.

‘As previously planned, the show will be broadcast frequently tomorrow until next week. We’ll be back with new episodes on May 2nd.”

See also  Lifar Burton Rusts Will Smith at the Grammys, the comedian wears a helmet

Colbert is the latest in a string of late-night show hosts who have tested positive COVID-19. 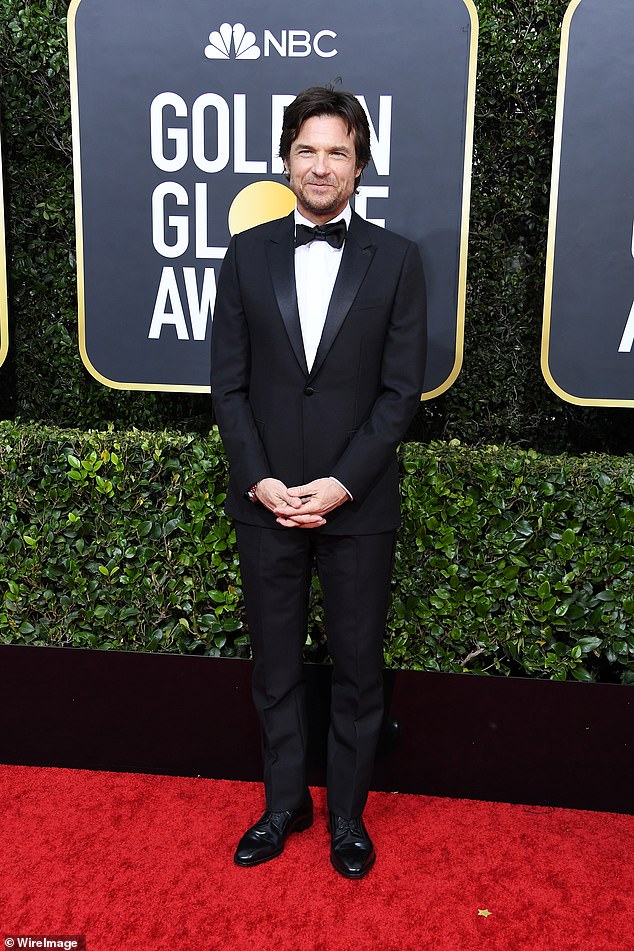 BOOMER: Colbert was scheduled to interview Bateman, 53, and his Ozark co-star Laura Linney, 58, on Thursday. Bateman was photographed at the Golden Globes on January 5, 2020 in Beverly Hills